I often talk about creating a better life for myself, being a resource and working on my terms. It became crystal clear to me today that I have been hustling backwards seemingly all year. It’s truly a situation of trying to change my mentality, yet caught up in the conditioning that society has instilled in us all.

The dumbest thing I’ve done this year…Is look for a part time sales job, instead of selling the product I’ve already created.

I have a book, I have shirts, hoodies, socks and soon hats! I have 2 podcast over a year old. I should be selling those every single day! That’s the money! That’s the opportunity! That’s how I’m going to change my circumstance!

It also solves my “what to do with social media” question. Find creative, innovative and cool ways to sell all this lifestyle, conversation and experience. If I don’t sell it, who’s going to buy it?

It’s my fault. I allowed myself to become a safe, trained worker. I read how to get out of that and allowed myself to drift back into that state of mind. Getting too wrapped up in thinking a job would help me fuel my dreams and change my circumstance. Worried about getting the money for the dreams instead of pushing the dreams to get to the money. That’s not what builds true Entrepreneurship. It’s also something I can’t do part time. I got to at it every single day. The old product is new to someone else. Also, if it gets too “boring” or “mundane” I need to do my part in switching it up. It’s all on me. I’d rather sell 2 shirts for me than 100 for someone else. Yet, I was still looking for somewhere to work in hopes of selling more of my product to leave, SMH.

I been hustling backwards. I’m ashamed, but I’m fixing it and now, I’m ready to do this right and for real. I have plenty product for sale. Product that will allow me to live the aspirations and affirmations that I read twice a day.

Get ready to support and believe or get completely sick of me. I’m officially clocked in. 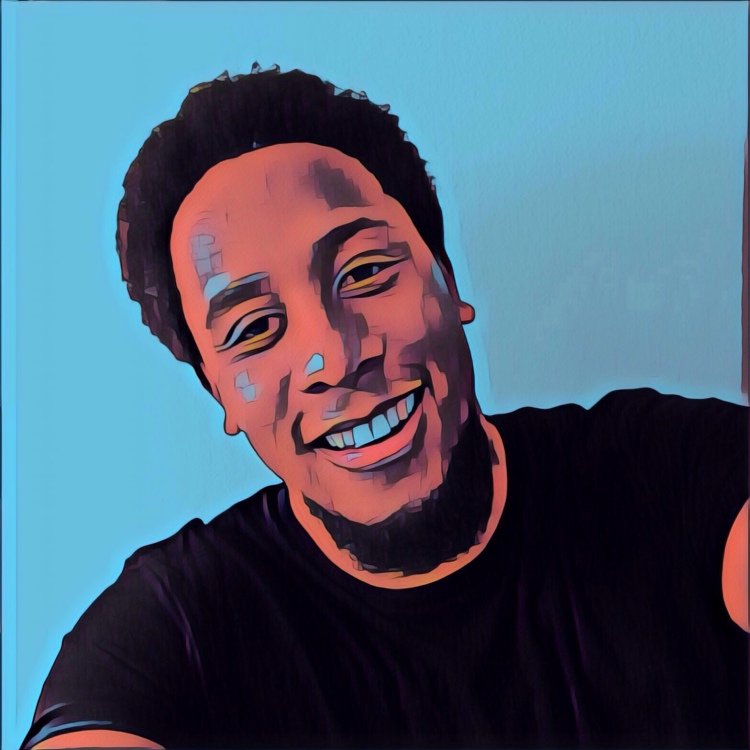 I used the early part of my day to do nothing. Well, I did my taxes and took out the trash, so that was something. I was “not feeling” working out which sucks for my body goal, but sometimes it’s good to just let your mind and body rest.

The rest I took today lead to more thinking. I been thinking I’ve approached the last 3 years wrong. I spent a lot of time and a decent amount of money trying to be an Entrepreneur and build this media company. It was a cool learning process, but was it fulfilling? I got to say grand scheme, no.

Sure, I want to “be my own boss” and I do think I’m a leader. However, CEO and Entrepreneur; Maybe that’s not me. Why? Because the qualities that it takes to excel at being that don’t make me happy. It’s also not my natural gift that can be polished and shown to the world in all its glory. A CEO cares about the numbers, growing the numbers and crushing competition for the number 1 spot. It’s the nuts, bolts, analytics and tough decisions with no emotion involved. It’s love of the non stop hustle. The grind of turning nothing into something. Winning as big as you lose but never giving up. It’s also the selling of self and product. The mastering of networking as well as supply and demand. Sure having passion for the product or service helps, but sometimes all of that can or would be considered being thrown out the window in an effort to profit or stay afloat. Do I have some of these qualities? Yeah. I will even go on record as being told that people have seen them in me and can’t wait for me to take it next level. Between me you and God, I have no clue how that would happen.

So with the above said, who am I? Well, I’m an artist. I care about the creating, the crafting and the connection with just one over many. The numbers would be great but I’m over concerned with the quality of the product or service and how I feel when it’s done. I don’t mind the hustle, but an off day from the grind sparks some of my best ideas. I write, record and wish I could paint or play this guitar in my closet. While I respect a Clive Davis, I’m more intrigued by Babyface. Long story shorter, I’m a creator. You don’t really need a business to be what I excel at naturally.

The understanding of that on a new level has helped me out greatly. No longer am I adding the pressures of Entrepreneur success on my shoulders. I’d rather Friend and work with Gary Vee and Daymond John than actually be them. They still inspire me, but their path is not mine and that is ok.

My forthcoming book is art. You won’t increase your business acumen from it. It’s not going to be a product that inspires the next successful person on the Forbes list. What it will do is paint pictures, strike nerves and make emotions flood. It’s life, told in a perspective from a person who has lived and still has more living to do. Some of the greatest Entrepreneurs in the world can’t do that. But that doesn’t mean they couldn’t hire me to do that for them.

Feels good to know me better. Now it’s time to be and do me better than ever. After all, no one else can.