I’ve been going out of my way to make myself happy since my birthday week and it’s hands down lead to the greatest weekend on the year! That’s saying a lot during a pandemic on top of losing my greatest listener and my personal life being in complete shambles!

I deprived myself of happiness in many ways and I didn’t even notice how visible it was. I like the fact that people are telling me “you look happy” or “It’s great to see you smiling”. I was obviously very depressed with high anxiety to kick off this year and I was in need. The need was so high that I began to feel hurt and that hurt made me act out in a couple ways I shouldn’t have.

Even though, it’s probably not recommended, I began to isolate myself. I stayed with my thoughts until it became it clear. Can’t front, dabbling more with edibles and vapes helped a great deal too! Then, I started leaning on the people around me that wanted to be leaned on. I found new listeners! People that care and want to help with what I’m going through and not just throw at me what they need, want or expect too. Those talks helped me make some decisions. Those talks help me make some apologies. Those talks helped me find peace within myself and left a path for me to start making myself happy.

I learned this year that I am the only person that has me as a top priority and that’s okay. I’m not going to cry or act like a bitch because I’m not number 1 on somebody’s list; That’s not how it’s supposed to go. Truth be told I should be 2nd on my own list because I was taught to put God first. I learned all about the weight carried of people who demand to be first in your life but don’t want or even care to consistently give you what you need. The power struggle of conforming in an effort to get a subpar inconsistent version of your wants and needs is exhausting. Tasting the freedom from that is euphoric!

It’s still a lot of year left and I’m going to do some great things. I’ve let everything go and put it firmly in God’s hands. It’s the absolute best decision I made all year. 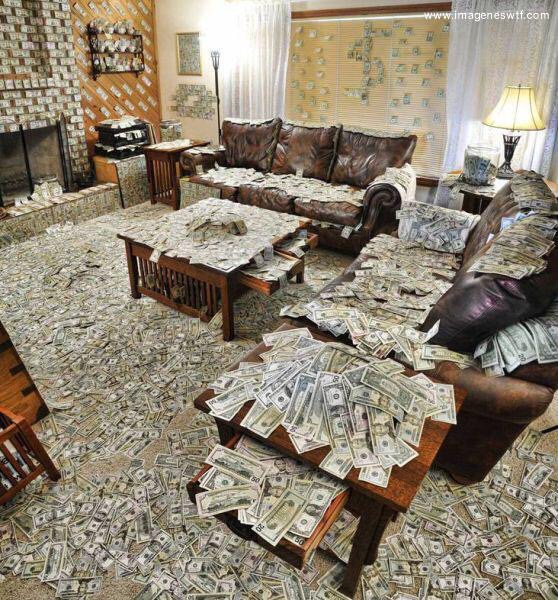 This morning I was in the shower thinking about money. Taking in thoughts of making 6 figures and coming to the realization that if I was to net 250K a year that would be more than enough to do absolutely anything that I want to do in the world.

For some reason this thought lead me to thinking about 2006-2008. At this time, I had my very first salary job. I was making the kind of guaranteed money that I was finally comfortable with and still in my early to mid 20’s. It was that feeling that lead me into what I would realize is my first major financial mistake. Possibly the biggest one ever.

I was looking at my check and how it was breaking down and seen how much I had left over AFTER paying bills and thought, Now I can afford a new car! Keep in mind, I had a car. A Jeep Cherokee. A jeep that I got for free for graduating college. Sure it was getting old, but it was still in great enough condition to get at least 5 more years out of it, if not more. I was so in love with the idea of getting a Chevy Impala as soon as I could, that I didn’t even think about what else I could use that extra few hundred dollars a month for.

Looking back, if nothing else, I should have just simply saved the money. I now sit here 11 years later wishing I could save over $300 a paycheck and not feel the effects of it. I didn’t know much about investing, but I was also trying to invest in myself through my music. Bottom line, I dropped the ball. Life and my bank account would have been a lot different had I just thought about how to keep the money vs what I should be able to afford with the money.

To sum the story up for now, I wouldn’t recover from that decision until June of 2019. Yes! A 2007 decision to buy a car instead of saving the money used for the car took me about 11 years to rectify. Lot of time and money gone, never to return. It took that long and by Spring of 2010, I didn’t have either of the vehicles mentioned in this story. That’s why I equate this to possibly being my biggest financial mistake ever!

There’s a valuable lesson to learn in all this. I think the top lesson for me is this; Don’t think about what the money can do today. Think about what you will need it to do tomorrow.

It’s one reason why now, even if it’s only $5 I’ll save it and I finally have a savings account for the first time in probably 10 years. It’s also a reminder of why I will lease the majority of my cars moving forward.

Second lesson learned. Money is a tool. You can’t fix anything in your life with broken tools or no tools. Right now, I got a toolbox with a hammer in it. That hammer wont fix everything. So I better make plans to purchase a wrench and a screwdriver. 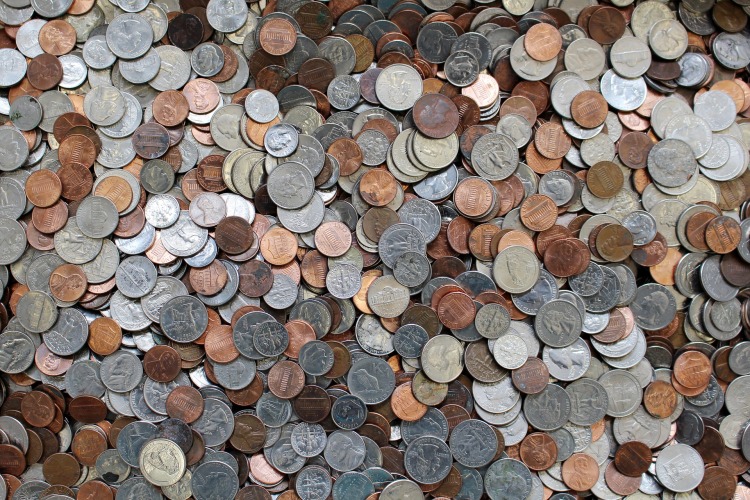 Image by mnplatypus from Pixabay

I woke up this morning with action on my mind. I have 2 business ideas that I want to start but to be honest, the life I live won’t even afford me the capital to get the legal paperwork for them. I’ve cut every corner possible except for rent. If it was just me, I’d live in a car for about 4-6 months just to get the money to get these businesses started. That’s not a reality, so I’m just going to dead it.

I’m not saving enough, fast enough, so I’m really flirting with the idea of getting a loan. I’ll be honest, I’m not crazy about the thought of it, but I feel I’m out of legal options. Plus, ever since I seen Mark Cuban say “Don’t take out a loan, because it’s the worst thing for a new business owner” I’ve been on the “let me hustle up some coin route and unfortunately it’s going slower than I would like. True, I don’t want to start a business in the hole and already owing someone or some entity, but I also don’t want to wait another year or so to start the businesses.

I’m keeping faith I will get this money, but my reality is slapping me in the face. That reality is, I don’t know likeminded people that want to be in the same industries that I want to be in, the way I want to be in them. I don’t have many resources to pool together to get started. At least the loan would put me in the game to say “These companies exist”. I know from experience most people want to attach themselves to something that already runs, not build it from the ground up.

Maybe this loan situation is just a scare tactic my mind is using against me. Maybe a loan is exactly what I need, so I can began the work to make the money back and have functioning businesses. I’m going to put positive energy to this and come up with a great solution soon. 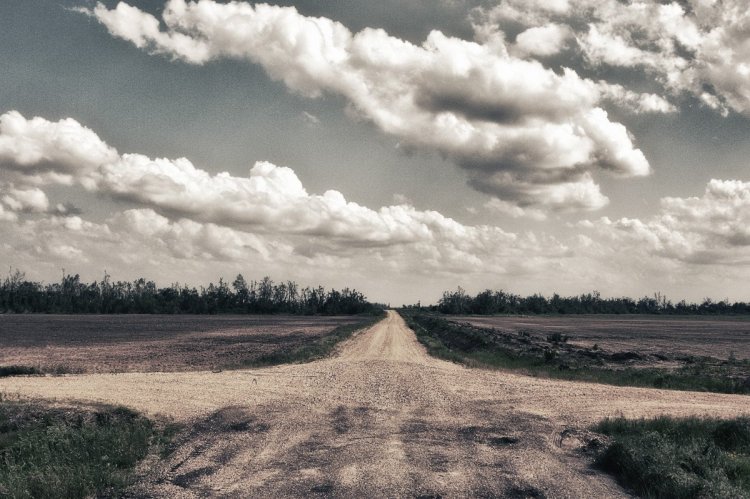 Did I take on too much?
Is this life really for me?
Am I right for this task?
Will I ever be those things? 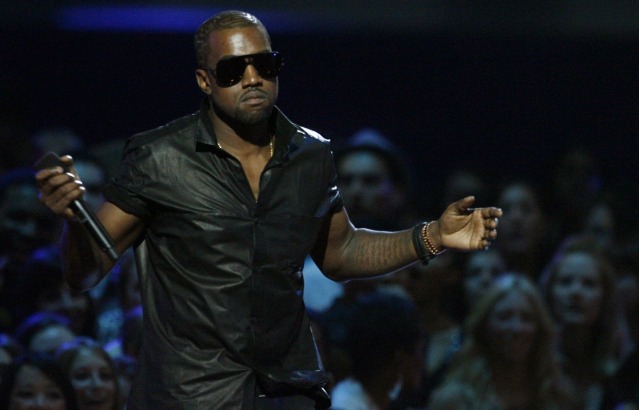 Yo! Good afternoon! I was cranking out a lot of content earlier in the week and last week and I hope you enjoyed at least one piece because that truly means the world to me. If you got a moment, check out my concert review on ChicagoMusic.com I got a chance to see some of my favorite emcees do their thing and write about it. Life doesn’t get much cooler than that.

Want to talk today about knowing when it’s time to let go. I have an example and I want you to think about this example and apply it to your life if you can and if it helps with a decision you have to make, let me know.

I got a chance to work several venues this year through an honestly great company. My experience overall has been great and I think I’ve made some great networking connections and possibly even a few new friends through this experience. The problem is as life and bills happen, it hasn’t become as lucrative. Now travel and parking in the city is eating up most of the money I have to keep for myself. Now, there are other deductions that take place and I understand those, however, end of day, I feel I should be able to maneuver in spite of that. I’m considering leaving this new venue because day to day, it’s just not beneficial to me financially week to week and sometimes day to day. The biggest reason why I’m considering leaving is because I have something lined up that’s not official, but I’ll be honestly shocked if something goes left that leaves me searching. I really couldn’t do both at the same time anyway and I’m still not sure if the current gig would end up paying for itself versus being actual extra money.

The thought I had last night was to leave. Cut now before more losses occur. However, the “what am I going to do?” question popped in my head. Then “relax, because the next step is in play crossed my mind”, but that was then met with “But if it doesn’t happen, you’re at square 1 with nothing.” Then I just stopped and let my mind wander.

Self doubt, self assurance, confidence in tomorrow, yet worried about today all in one session of thought. I’m pulled in all directions here and to be honest, I know the answer. Sometimes common sense is just ignored. Sometimes you know exactly what the path should be, but you are too consumed with what should be or how it should go. The real key is adjusting and weathering the storm.

Thanks for reading and listening.